Back to the list of the 10 most expensive ingredients in the world.

Ever dreamt of a fungus with a price that touches the sky (almost!)? Yes, it’s the Matsutake mushroom a.k.a the ‘pine mushroom’ from the Pacific Northwest as well as Japan. And that’s why we are putting it at the second spot just after the rare ‘Kopi Luwak.’ The fact that Japan actually imports these mushrooms from other regions that produce them explains them being in great demand inspite of being uncommon and costly!

To begin with the basic facts – these mushrooms dwell under the base of Japanese pine trees that are 20-60 years old. Possess a texture that’s meat-like with a robust and spicy flavour (makes them great with chicken and fish). The health benefits are not less – rich in vitamins and proteins and low in fats. According to the Japanese Guidebook, the approximate cost of Matsutake mushrooms in 2014 was $1000 (INR 63630.45) per pound. Though there are cheaper varieties available in Northern California, Canada, Oregon, Idaho and along the Washington coast.

Talk of mushrooms and sensitivity! The Matsutake is such an important mushroom for the Japanese that it is often gifted in wooden boxes in a ceremony to celebrate autumn. These are also common as wedding and corporate gifts. In fact, it is believed that the ones that are collected to be sold in the markets of Japan should never be trimmed. 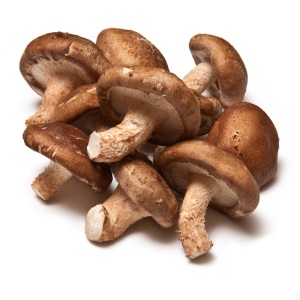 Much said, what we come to now is the taste and preparation of this pricey fungi. There’s a thumb rule when you are handling these – ‘less is more.’ As the flavour is pretty unusual, people often take some time getting used to it. But once the palate is developed, try these fungi the following way:

You won’t find the Matsutake in Indian markets in large quantities even today, and especially if you want the fresh ones. So, make sure if you get your hands on these, preserve them well to keep them for longer. To preserve, you can either freeze these after dicing or slicing. Or just wrap them whole in aluminium foils, put in plastic bags and freeze.

Till then, if you really manage to create a marvelous Matsutake dish, do share the recipe alongwith the images with us. We will be more than happy to receive them!

As of now, we shall wrap-up our list of the most expensive food ingredients in the world. Watch out for the next one in this series…

And of course we will be waiting to know from you about your expensive experiences with food and ingredients.